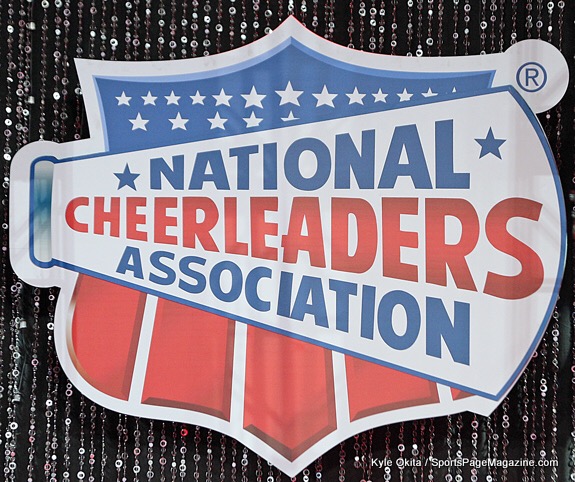 Yes, I said it, and I will continue to stand by my word. As many of you know, the biggest Nationals in the nation happened this past weekend. If you happened to be on any form of social media, I’m sure you read the plethora of ignorant comments about how awful the judges are and how this sport is rigged. Let’s set one thing straight, just because you WANTED a team to win doesn’t mean they DESERVED to win. Whichever team won, won. Point. Blank. Period.

And who’s to say whether a team deserved to win or not? Those athletes worked SO incredibly hard to accomplish what they did. For you to take that away from them is rude and hurtful. How would you feel if you won worlds and you have a bunch of people saying another team deserved it? Of course you didn’t think of it that way.

For those of you who think the judges watch the routine and look at the team name on the uniform and whisper into the announcers ear who they THINK should win, have it allllll wrong. Anyone who thinks judges are biased are the people who would judge unfairly. Judges are professional, and there isn’t just ONE judge. I’ll give you a judging 101 lesson real quick.

There are usually 4 different types of judges at any given competition. The head judge, panel judge, rules judge, and deductions judge. Not one of these judges knows 100% what place any team is in due to how much goes into judging. If you’re still confused, I’ll explain a little further.

Head Judge – This judge watches the routine and places the team into a specifc range based on what is put out on the floor. They don’t care how good or bad the skills are performed, they just need to know how many people or groups did the level (or non level) appropriate skills and places them in a range. It’s great that you have a standing back handpring, but if you’re in level 4 or 5, you’re not going to score as high as a team doing standing tucks, no matter how crappy they are.

Panel Judge – This judge is the one who gives the point scores. This is the judge who tells you what you need to improve on, and how you can score higher in the range that you are in. This judge can’t score any higher or lower than the range the head judge gives them.

Rules Judge – This judge is watching for illegal stunts, tumbling, etc. Throughout the routine. This judge knows the levels and knows what is appropriate for each level.

Deductions Judge – This judge is watching for falls, touchdowns, bobbles, etc. This judge could care less that you did a double up, if you bobble or fall doing the double up, it’s a deduction.

Hopefully that clears things up.

People were SO upset that Top Gun won after they had 2 falls on day 2. I’m not sure if you watched day 1, but they hit day 1. Day 1 does mean something. They didn’t win by a lot, but because they did what they were supposed to do day 1, and they had a high raw score, that left room for error. I’m not saying everyone has to go out and try and throw extremely hard skills and fall because you will score higher, but they were good at the skills that they did and probably scored relatively high in execution.

Since everyone thinks the judges have it wrong because Cheetahs hit day 2 and OBVIOUSLY should have won…what about ACE Cheer Company? They hit zero deductions BOTH days and still got 4th. Why isn’t anyone complaining about that? Riddle me that one? Oh, probably because their RAW score didn’t match up to the teams ahead of them. But there’s NO WAY that a team could have dropped and won. With that theory all teams who hit should win. Every team in level 5 should do straight up libs as their elite, round-off back hanspring tucks as their tumbling pass, and single toe-touch to tuck as their jump sequence. It’s clean, it hits.

To make you feel more like cookie crumbs, what about this question…why isn’t anyone arguing about the placements of the special athlete division? Probably because you have no business judging them. They’re out there having a good time, and doing what they love! No difference between them and the worlds divisions.

I’ve been hit with the “cheer is a subjective sport” crap. Guess what else is subjective? Gymnastics, ice-skating, diving, any sport that has a judge and not a referee. But for some reason, everyone involved in cheer thinks they are a judge because they prefer one team over the other. And this is one reason why cheer will NEVER be recognized as a sport. Parents, coaches, and athletes always have to put the blame on SOMEONE for why their team didn’t win. Nothing is ever fair in cheer. It’s all about the team name. If the issue is that bad, do something about it. Be the voice. Find out which judges are playing favorites. Stop complaining or stop cheering. I guarantee the same people who are complaining about “bad judging” are the SAME ones who are going to order the live stream of NCA next year and the year after that.

If we could come together as a cheer community, and not bash athletes, coaches, judges, whomever and become more family like, we will be able to weed out the fakes and phonies who like to have someone to blame all the time. Let’s stand up for our sport. Let’s make a difference and show everyone WHY we love our sport.

12 thoughts on “NCA Judges ARE fair!”

4 out of 5 dentists recommend this WordPress.com site